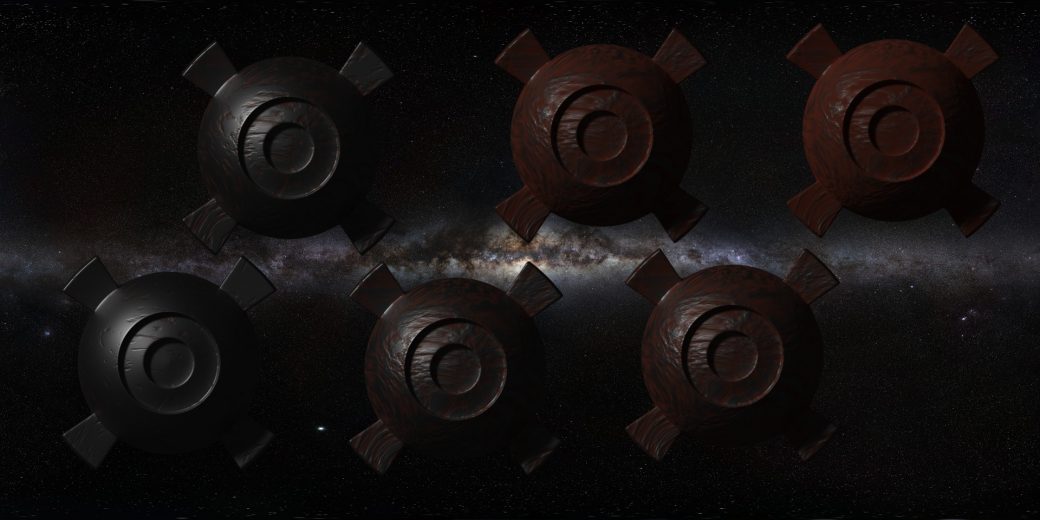 In ΔV you will have an opportunity to fly many different ships, both new and used. Let’s be honest – mostly used and quirky. And age should be visible by naked eye. And I hope it is:

Making various stages of decay was surprisingly simple – after setting a good material model, it is a matter of adjusting one variable. But I came upon a problem when testing them in engine. The elements themselves worked just fine, but when trying a rotating light source, a strange artifact appeared:

It seems that rotating a light distorts its mapping. And while with uni-directional lighting we could just keep them in default orientations, ships of Delta-V will have spotlights mounted on them. And they will rotate.

We need to dive into specifics of lighting shader to fix this.

It’s actually a bug in Godot engine itself. Hopefully Godot team will fix it in 3.1.