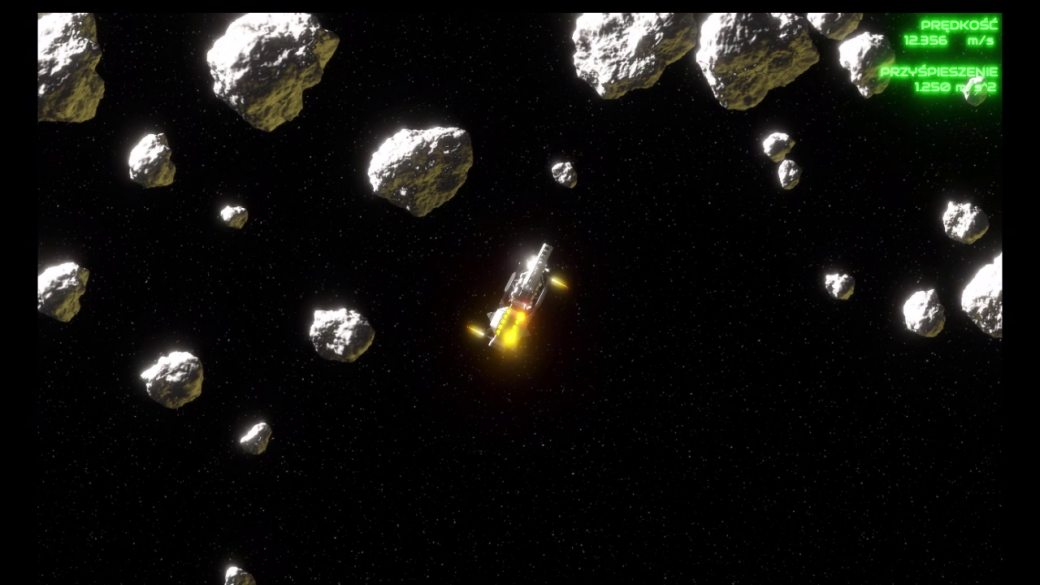 Let’s add some simple texts over the gameplay, so the player can actually see what’s going on. How hard can it be? A lot harder than I expected.

To be honest, I didn’t expect much of a challenge. Just some basic ship readouts shown over the display. It turns out there is more to it.

Well, at least a stub is done. Next – polishing and real HUD layout.